Racing Down the Road the Road to Health With Anthony William, Part 1

I had the opportunity to speak with Mr. Anthony William, author of several #1 New York Times Best Selling books. That conversation produced a series of three articles designed to give readers a glimpse into his world of natural healing. Mr. William has stacked up four decades of assisting thousands of people to overcome illness of all kinds, mystery, chronic, and longterm. Pick up any of his books, look on his website, or check his social pages, and you’ll see an enormous outpouring from people with almost every imaginable health issue, who attribute their return to health to Mr. William and the wisdom he employs. Here’s to looking at health through a completely different lens. 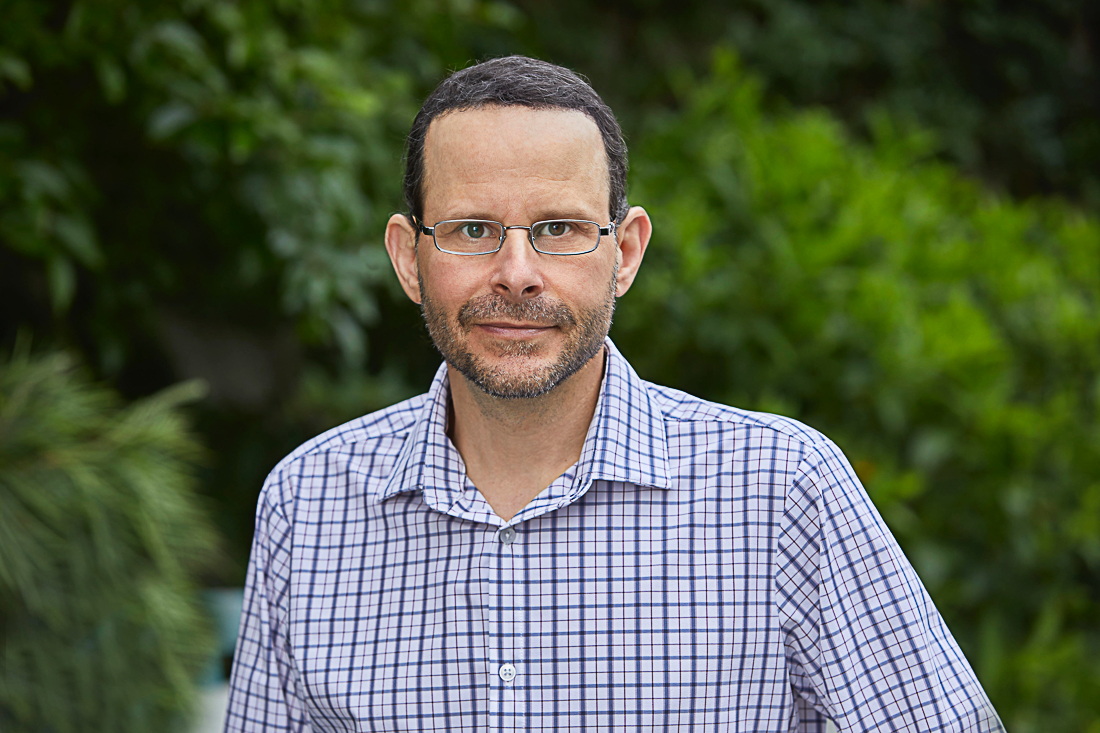 If you’re unfamiliar with Mr.William’s work, the data presented here is incredibly dense, and may require reading more than once.

“People don’t realize that all of the labs that raised our viruses that sit in us today—even though they’ve mutated inside of us and we’ve passed them along to other people—all were grown in labs throughout the years, raised on foods such as eggs and dairy products. These are the foods that actually keep bugs alive.” —Anthony William:

Melanie Wise:  When I first discovered your book Thyroid Healing: The Truth behind Hashimoto’s, Graves, Insomnia, Hypothyroidism, Thyroid Nodules, & EBV (Thyroid Healing), I saw almost every person I knew described in those pages.  It was also an extraordinary reminder of what I’ve been witnessing in terms of how disease and sickness has really taken center stage the last 30 years.  I was so excited by your book that I created herbal blends containing all of the herbs and supplements needed for your viral cleansing protocols to make the process easier.  I gave them to seven people around the United States with varying degrees of health difficulty.  As I watched myself and the others go through your viral cleanse, I was blown away by the changes, big and small:  Things like watching brain chemistry shift to more positive emotional states and bones more properly relocating themselves without any manipulation; really random stuff.  It was jaw dropping, and that doesn’t really express it. May I  give you a thumbnail of what I do? 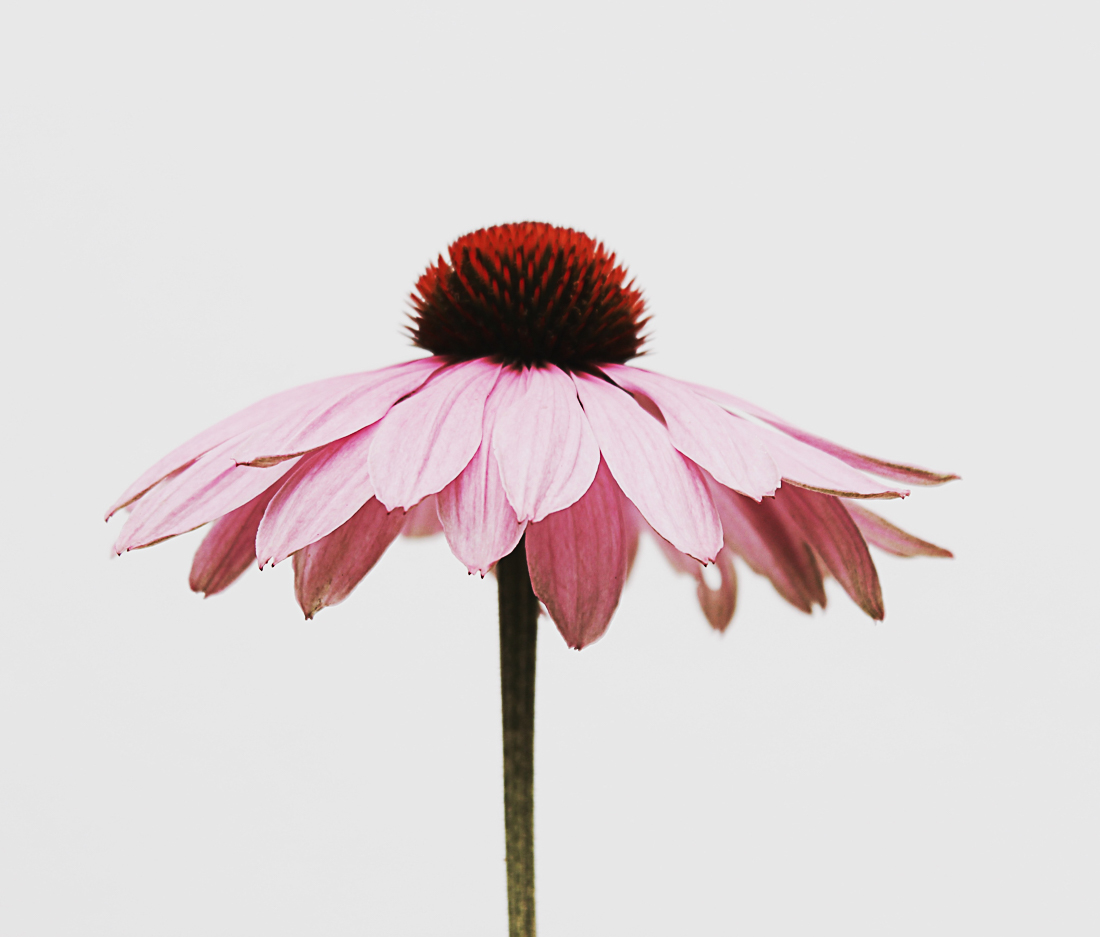 Anthony William: Yeah. First of all, that sounds amazing.

Melanie Wise:  I’ve spent about three and a half decades dedicated to studying the body in-depth, its functions, mechanics, natural healing remedies, food, herbs, exercise, and strength conditioning.  I have created a very focused line of all-natural, raw, filler-free, organic herbal remedies.  I do lots of injury rehab and strength conditioning, and because of my background, I can provide noninvasive approaches to healing traumatic and repetitive stress injuries with excellent results. 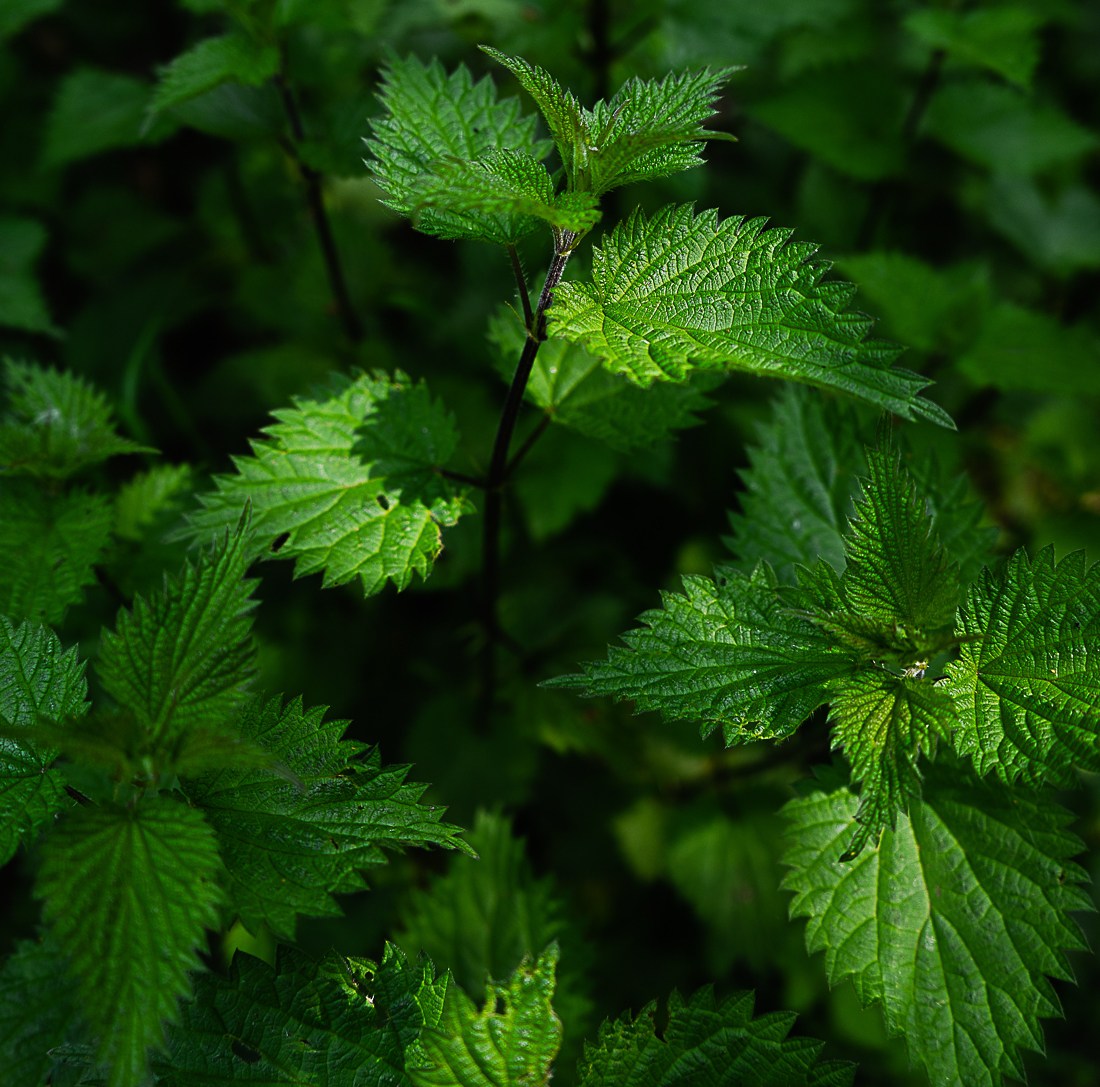 Anthony William: Wow. That’s really needed out there, too, because that’s a really tricky area with people suffering with a lot of body pain.

Melanie Wise:  You address an extraordinary number of health issues and how to overcome them.  It does seem like the bedrock underlying a lot of those issues are viral challenges and liver loads.  That’s where I wanted to focus if you’re okay with that.

Melanie Wise:  Would you give some examples of the harm viral loads can do to the liver?  And what is the fallout in the body?

Anthony William: The liver is filled with multiple viruses (bugs), things like EBV, Shingles, etc., and these viruses feed off of several specific “viral foods,” which then produce additional byproducts, all of which sit inside the liver and produce a tremendous amount of poison (byproducts/toxins). The byproducts are neurotoxins and dermatoxins created by viruses. When someone has 10,15,20 years of viral buildup inside their liver (both young and old persons alike), proliferating and living a life in somebody’s liver,these toxins eventually leech out of the liver and create havoc: Things like fibromyalgia, body pain from the nerve endings being inflamed; from the vagus nerve  being inflamed, causing vertigo and dizziness to brain fog, depression, and anxiety to name but a few. Simplifying a bit, the“foods” viruses are feeding off of are specific foods and items such as pesticides, herbicides, fungicides, air fresheners, colognes, detergents, conventional detergents, solvents, prescriptions, and heavy metals.

“Taking away the chicken eggs, which actually feed every single bug there is, and what people don’t realize is eggs were a food used in all of the labs since the 1920s for raising bugs.”

And these viral byproducts are highly allergenic. They’re the allergens. These are the things that people are actually allergic to, not gluten, not proteins, etc.

Melanie Wise:  Give us an idea of a health issue commonly occurring as a result of viruses?

Anthony William: If the virus feeds off of copper inside the liver, then copper-based dermatoxins are released causing eczema and psoriasis. There is a viral epidemic. EBV is sitting inside peoples’ liver, feeding off of copper, releasing toxins. The entire country is basically coming down with eczema. If you look on social media, you’ll find a huge number of people reporting that their eczema is getting worse . . . even young people. 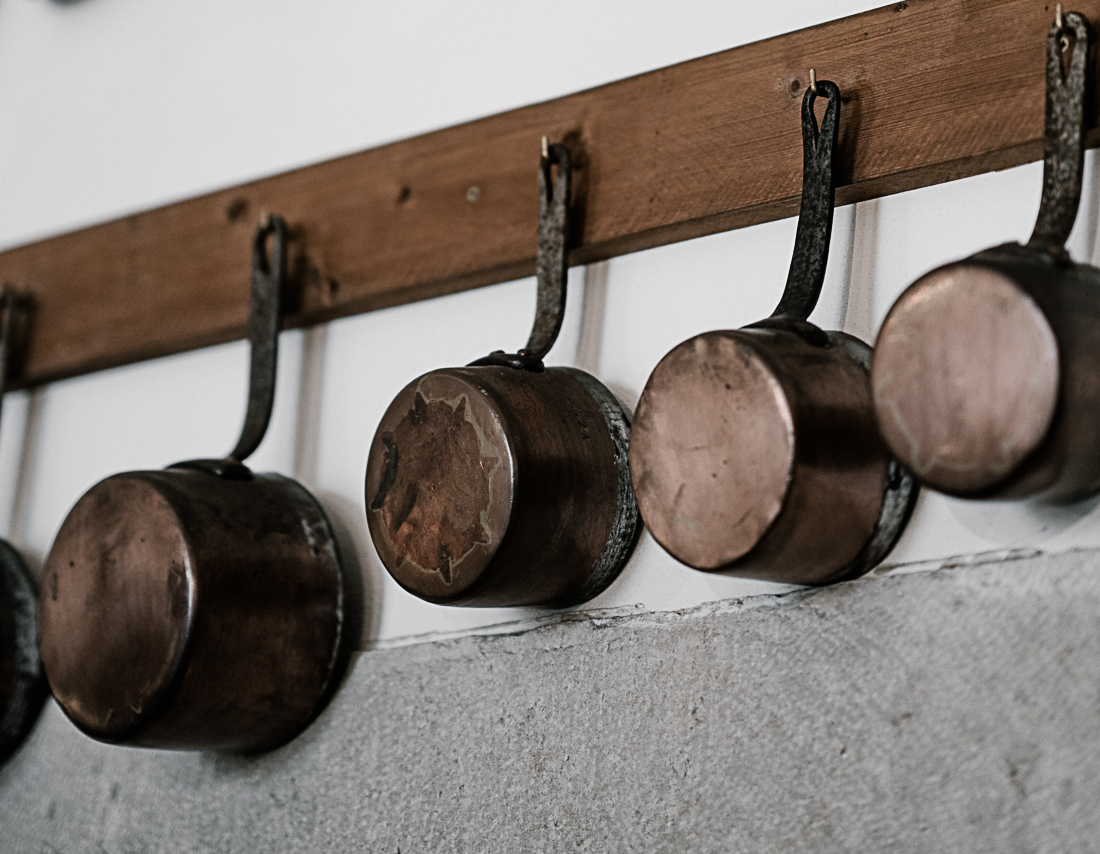 And copper comes from everything from food that’s been sprayed with pesticides-herbicides (highly saturated with copper) to copper pipes and the family generations going 100 years back. Copper gets passed down from generation to generation. Copper is in all kinds of cooking pans and pots to restaurant food; it’s everywhere. It’s unbelievable how many people are just coming down with eczema and psoriasis or both and dermatitis of all kinds and are all caused by copper and viral proliferation in the liver.

Melanie Wise:  Why are the removal of food items like eggs, dairy and gluten from a diet so profound?

AnthonyWilliam: Taking away the chicken eggs, which actually feed every single bug there is, and what people don’t realize is eggs were a food used in all of the labs since the 1920s for raising bugs. People don’t realize that all of the labs that raised our viruses that sit in us today—even though they’ve mutated inside of us and we’ve passed them along to other people—all were grown in labs throughout the years, raised on foods such as eggs and dairy products. These are the foods that actually keep bugs alive.​ 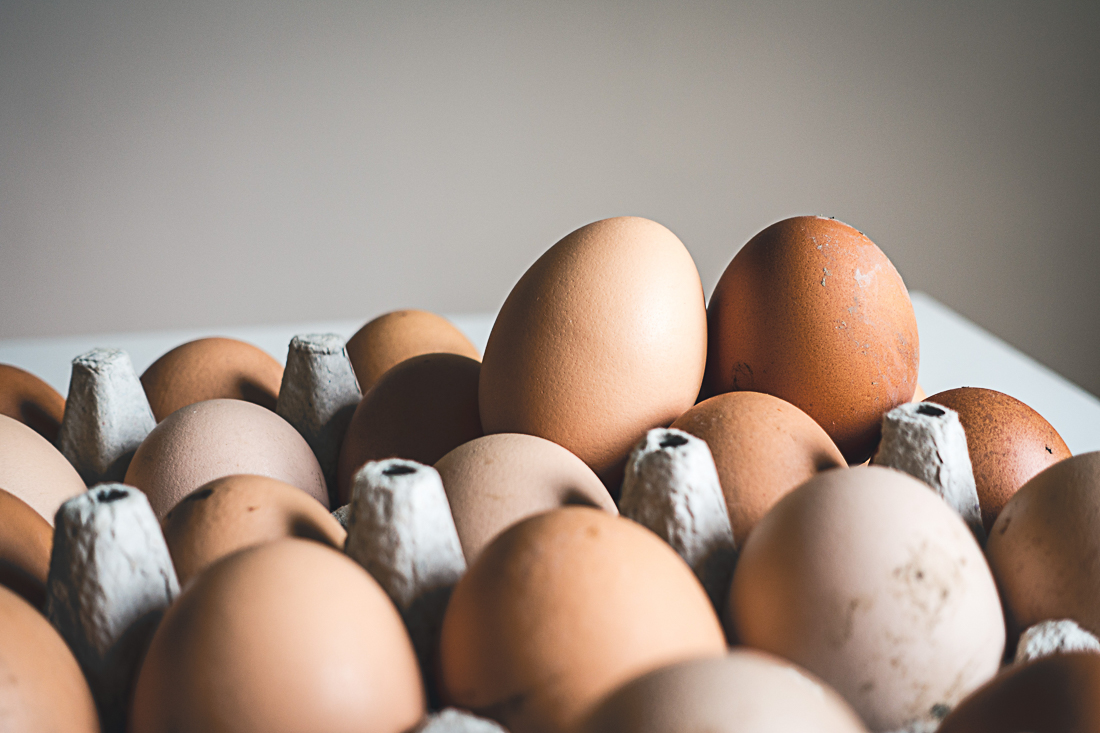 You want to take away gluten from Strep, and there are so many different varieties of Strep, which can cause things like chronic sinusitis, chronic UTIs, styes and Small Intestinal Bacterial Overgrowth (SIBO, which is Strep in your gut). It causes inflammation. When you feed someone gluten, that gluten feeds Strep. Eggs, dairy products, and gluten feed viruses. Take dairy, eggs and gluten away from people so they’re not feeding bugs. And that’s the basic step. It’s not an easy one for so many people. I mean, for mainstream, that’s a really hard step. I don’t just say take away this, this, this, this, and this, and be done with it. No, I understand it’s not easy to take away one food from some people. But take away these very foods that feed the bugs overwhelming your body. 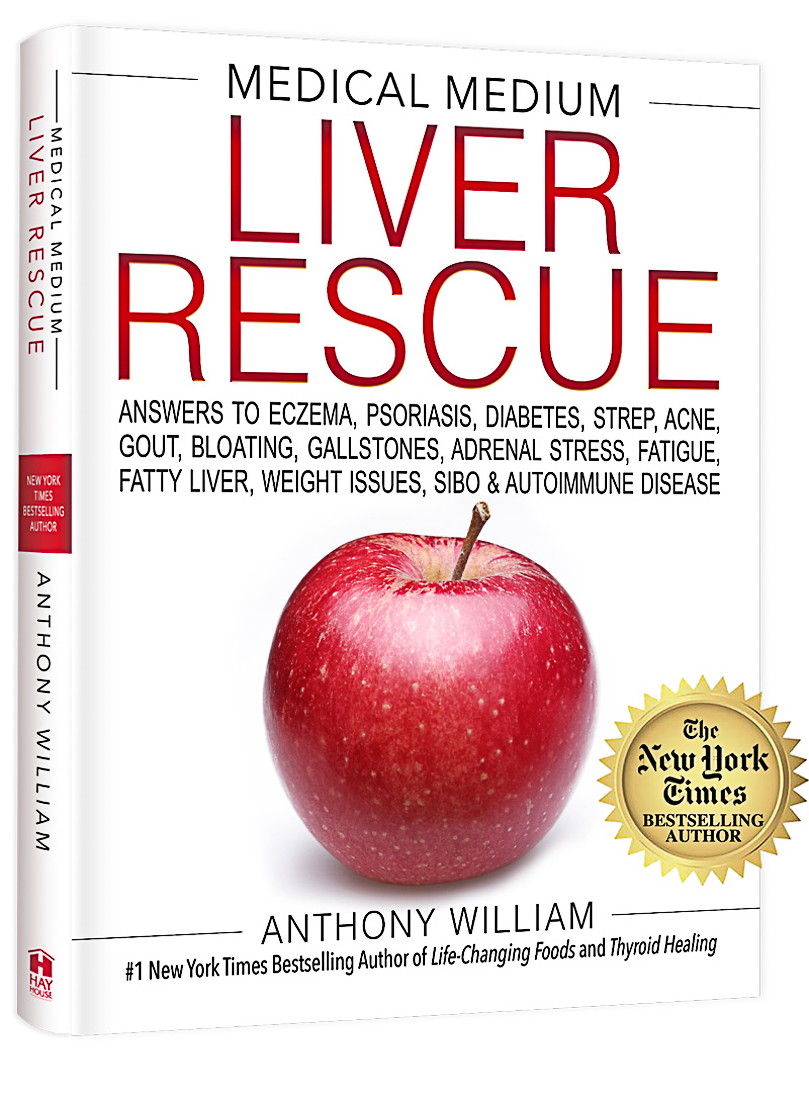 AnthonyWilliam: Yeah, they are. The trickery that ensues around the term protein is unbelievable. And it’s there to avoid counting the fat, so we don’t look at fat, ever. We just don’t realize that when we’re talking protein, we’re talking fat, too. There’s areas on for that—the classification of isoprotein. It’s all about protein, protein, protein. We would need a whole hour on that one.

AnthonyWilliam: Four ounces of chicken, if you’re into animal proteins. Whatever the reported fat content is, the conventional standard of the ratio of fat per ounce, you just have to double or triple it. Double would be gentle, triple would be more realistic for most chickens. And it’s always that approximate ratio of fats for animal protein. What is getting marketed and sold about fats is: “It’s not a concern, fats are not your concern.” It’s really all about the appearance of protein. Because of that, we end up eating much more fat than we are aware of. Again, the message is get your protein from your peanut butter. We’re eating so much fat. We’re loading peanut butter on our oatmeal and into our smoothies now. It’s like,“Okay,why don’t we just put more fat in everything and hurt the liver even more,”and nobody realizes this.

Melanie Wise:  It was very interesting when I did the viral cleanse. The only thing I had to remove from my diet was eggs.  And literally by the second day I was like, “Oh wow, my sense of humor returned.”  Then by day five, my energy was coming back, and then fast forward to week three and the detox really started.  I was making very good progress in terms of healing during protocols A and B.  Then I hit protocol C, and one of the people I made the cleanse for dubbed your protocol C, “Protocol C you in hell” (laughter) because it packed a wallop for both her and me (resulting from viral cleansing before liver cleansing, most likely).  I don’t begrudge it.  I’ve done this kind of stuff for a lot of years, and I do know that sometimes the room gets messier before it gets cleaner, or it appears so.

After reading almost all of your books, it does seem that viral and liver cleansing are closely tied as viral infections overwork the liver.  And a challenged liver is not well-positioned to battle a viral infection. 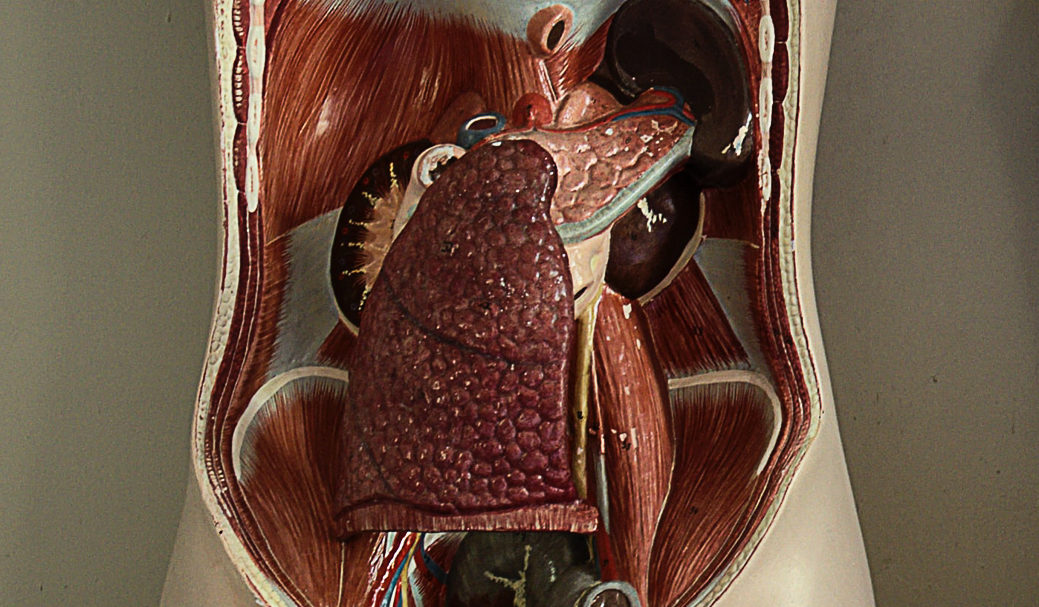 Anthony William: Well yes, and a challenged liver is where mystery weight gain happens. It’s the phantom behind the word metabolism, which is this blanket term the medical community uses to also blame women. Where the prevailing attitude is, let’s not find the real cause of women’s problems. Let’s just tell them it’s their metabolism. The liver is behind that as well as weight gain. The liver is behind all the different health conditions, because the pathogens are living inside the liver. That’s what it is. That’s where they love to live. Viruses live inside other organs, too. And since the liver is a garbage dump, viruses prefer to live there.

Melanie Wise:  Years ago I tripped across the fact that science was reporting that the liver . . . I think they had mapped about 1000 functions of the liver, and they still weren’t even close to mapping all that it did.  It is a miraculous organ.  If someone does a viral cleanse and they don’t cleanse the liver, it seems like health issues could go unsolved or vice versa.

Anthony William: Yeah. The liver is filled with all the junk you’ve been exposed to in your life, and that’s where the food is stored for the bugs. And the bugs want their food. They sit inside the liver feeding off all their favorite foods, which can range from eggs we’re eating all the way to chemical exposure of solvents and detergents. All manner of toxins go into and get stored in the liver because the liver tries to save us from all of the bad chemicals. It also even tries to protect us from the bugs, too. These bugs live a life in there because the liver gets so filled up—packed with old pharmaceuticals, chemicals, heavy metals, etc., which sit in there for ages. 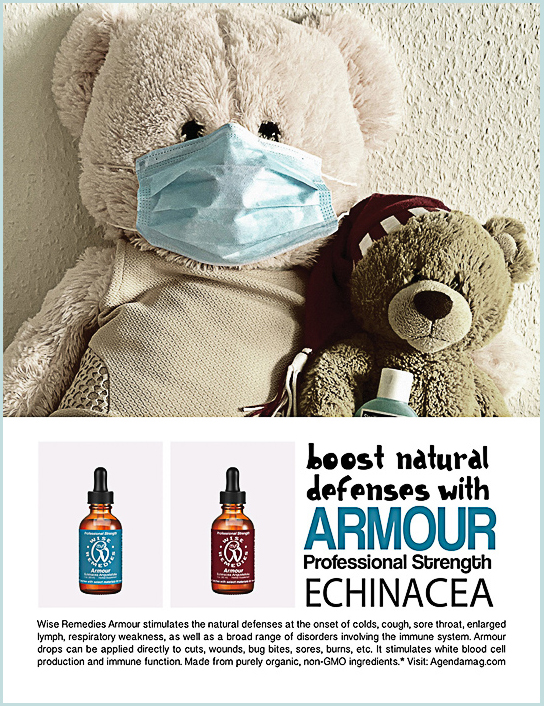 In closing, we’ve been exploring why most all in human form needs to educate themselves about navigating viral infections and providing the best circumstances to allow the liver to flourish. In the next part of the series, we’re going to dig into best approaches if you’re suffering with long term, mystery, or chronic illness.